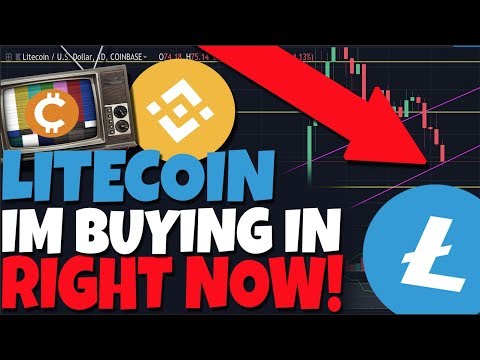 The most influential women in crypto

On International Women's Day, we’d like to give recognition to the incredible women who have made undeniable contributions to the crypto industry, crypto mass adoption, promotion, and development.
Laura Shin - the chief editor for cryptocurrencies and blockchain technologies at Forbes, one of the founders of Forbes Fintech 50. She is also a host of Unchained, a podcast about cryptocurrencies and blockchain.
Nina Nichols - the founder and president of Global Women in Blockchain.
Elizabeth Stark - the co-founder and CEO of Lightning Labs, the company whose main product, Bitcoin Lightning Network, helps crypto users to use payment channels with skyrocketing speed and low fees.
Galia Benartzi - the co-founder of a cryptocurrency exchange Bancor which allows users to exchange crypto without any mediators, on the basis of smart contracts.
Rachel Wolfson - the cryptocurrency and blockchain journalist. Also, she is a host of the well-known “BadCrypto” podcast. She has been motivating lots of women to become a part of the crypto and blockchain sphere.
Tiffany Hayden - the crypto influencer with 76k followers on Twitter, huge XRP (and crypto in general) fan and supporter. Also, she helps professionals and organizations in the finance industry understand blockchain technology in an easy and comprehensive way.
Jennifer Greyson - CEO of AI Blockchain, which uses AI to make financial forecasts using blockchain technology.
Connie Gallippi - the founder of BitGive, a Bitcoin charity organization that empowers donors and organizations to make a positive social impact by bitcoin donations. BitGive is a partner of many charity organizations such as The Water Project, Save the Children, Medic Mobile, and many others.
Joyce Kim - the executive director of Stellar Lumens, one of those cryptocurrencies that are popular to use both within blockchain-focused communities and traditional businesses. Stellar provides the advanced speed of transactions, is customizable and highly accessible. Kim also works as a lawyer for immigrants as well as domestic abuse survivors.
Jinglan Wang - the executive director of the Blockchain Educational Network that helps students all over the world to create and develop their blockchain communities.
Jill Ni - Head of Binance Charity, Binance Charity is a non-profit blockchain-based organization that helps solve social and ecological problems using blockchain technology thus making donating more transparent, secure. Recently, the company has made significant donations to combat coronavirus in China.
Maggie Xu - CEO of Jaxx Liberty, a cryptocurrency platform that empowers people to take control of their digital lives by managing digital assets, including stable coins. All Jaxx products (wallet, in-app exchange, portfolio, markets, news and block explorers) are non-custodial, always free and offer 7-day support to its global user community.
Despite the fact that the number of women in crypto and fintech industries is still lower than that of men, more and more of them are getting involved in the industry and start playing significant roles in blockchain space from one year to another. This tendency wouldn’t come true if there weren’t women who inspire and be role models for other women. We hope that this trend will continue and, in the next decade, we’ll see more women in crypto!

Binance [BNB]: nueva stablecoin con 2 pares comerciales. Tecnología. Bitcoin. Dónde y cómo comprar bitcoin en España. Altcoin. Binance [BNB]: nueva stablecoin con 2 pares comerciales. Ripple. Contacto. Acerca de nosotros; Anúnciate; Contáctanos; Conoce al equipo; Idioma. English; All posts tagged "TIFFANY HAYDEN" Más posts. último; tendencias; Ethereum Hace 10 meses. Ethereum [ETH ... The controversial digital currency, XRP, and its community are becoming somewhat unbearable according to self-named XRP CEO, Tiffany Hayden, who confirmed on Monday that she would no longer hold the cryptocurrency. Given that Hayden was one of the most vocal XRP supporters on Twitter, and often swung in defense of what, according to her is the ‘best digital asset,’ her decision has left ... Whether it’s a bear market or a bull run, the XRP community has always remained optimistic about the future of Ripple’s XRP token. Ripple’s strides in the world of cross-border remittances formed the bedrock of their “XRP to the moon” belief as most of its products use their “decentralized” token XRP. The community, being a ... Tiffany Hayden, once one of the Ripple’s biggest supporters and self-proclaimed CEO of XRP, has sold off her XRP holdings due to constant attacks from the XRP community. The blockchain advisor said that the constant attacks she suffered from Ripple supporters caused her to sever ties with the project. Binance Coin (BNB) Bitcoin Cash (BCH) Bitcoin SV (BSV) Cardano (ADA) Chainlink (LINK) Chiliz (CHZ) EOS; Ethereum (ETH) Litecoin (LTC) Ripple (XRP) Stellar (XLM) Tether (USDT) Tezos (XTZ) Kripto Para; Blockchain; Haberler ; Madencilik; Kriptopara Sözlüğü; Kredi Kartıyla BTC Al; Sponsorlu Makale; Basın Bülteni; BTC : 76.486,00 ₺ ETH : 2.509,00 ₺ XRP : 1,79 ₺ LTC : 357,80 ₺ USDT : — Tiffany Hayden (@haydentiff) August 2, 2019 However, what’s clear is that Binance has been steadily adding “hassle-free” staking on many coins, and sees value in doing so. To receive staking rewards, all users need to do is hold the supported coins in their Binance wallets. — Tiffany Hayden🧢 (@haydentiff) March 9, 2020. XRP has been responding to a number of things, with the Bitcoin price movement a major contributor. Since mid-February, XRP, Bitcoin and other ...

Ripple FaceBook Mass Adoption, XRP’s bearish breakout may lead the way to its next bull run